This is the third step in my Blogging from A-Z Challenge (April 2016).

One of my particularly elusive and illusive ancestors was a bit of a chameleon in the first name department. So, this is why I have chosen

C is for Chameleon


as the third step in my A-Z of quirky ancestor antics. 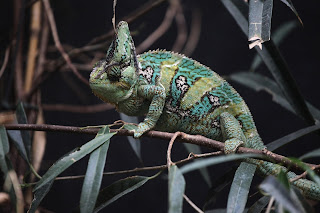 Although he always used the same surname (Northcote), my great grandfather took a creative approach to how he recorded his first name. Throughout his relatively short life of 45 years, he used quite a few different first names but William and Walter were definitely his favourites. He was a bit of a chameleon in that way. His varied first names were recorded in family documents during and after his life.


Source of the above list of names: Earl of Iddesleigh, Wikipedia, https://en.wikipedia.org/wiki/Earl_of_Iddesleigh

Of course, two of my biggest questions about this man are ... why did he continually change his first names and which NORTHCOTE family did he really belong to (if any)? There are many possible answers to these questions but I don't have firm evidence for any of them (yet).

Some other related blogposts about my great grandfather, WW Northcote:


Oh Carole! Thanks for bringing this ghost to life