Oops, I almost missed this one.

For me, O reminds me of another quirky mystery associated with my family's surnames.

Although her maiden name appears to be RILEY in most documentation I have found about her so far, my great-grandmother's youngest son, Leo NORTHCOTE, always explained how his mother would sign her name with the "biggest O she could find" as Margaret O' RILEY or O'REILLY.


However, there were three records I have found where the O is used but all of these were informed by her son, Leo, or his wife or son, whom he had presumably told the story about her signing her name with "the biggest O she could find". 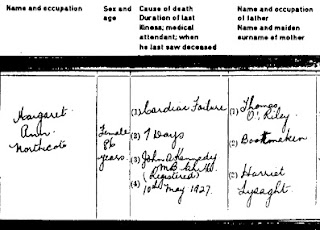 Excerpt from Margaret's death certificate, 1927, where her parents' names are recorded

Excerpt from Leo's marriage certificate, 1930, where his parents' names are recorded

Excerpt from Leo's death certificate, 1970, where his parents' names are recorded 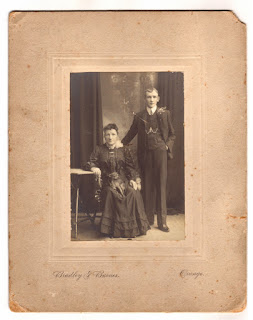 Leo and his mother, Margaret