Getting to know one of my great-great grandmothers: Ellen FLEMING (nee TORPY) from Windgap, County Kilkenny, Ireland

Knowing your great-great grandparents personally is not something that many people can claim. However, thanks to great resources like TROVE - Newspapers, we know have the chance to "meet" some of our long, lost ancestors or at least to find out a bit about them as people.

Beyond the names, dates and places of my family's history, the most exciting part of my research is finding out information about my ancestors' personalities. Tonight I had a good "find" on TROVE. I found some articles about the death of my great-great grandmother, Ellen FLEMING (nee TORPY) who arrived in Australia in about 1853, from Windgap, in County Kilkenny, Ireland. 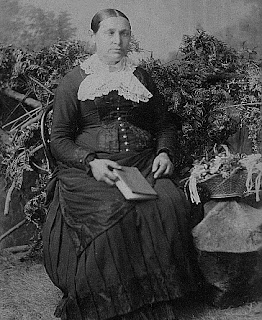 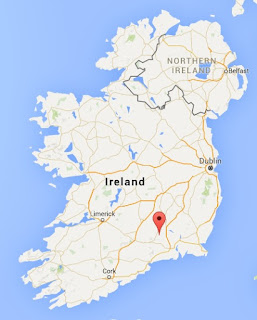 Mum and I were very pleased to have found her grave when we visited the cemetery back in 2010, 104 years after her death. At the time, we wondered how many people had visited her grave since she died and how they mourned for her when she died. It seems that she was a much loved person so I would imagine that many of her nine children who were still living when she died visited her grave often. 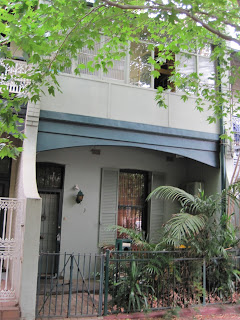 The day after her death, her family and friends placed 7 funeral notices in the Thursday 26 July 1906 edition of The Sydney Morning Herald on page 12. 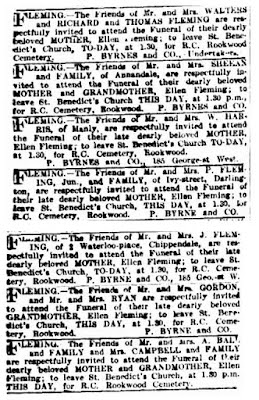 Her funeral was held at St Benedict's Catholic Church at Chippendale on Thursday 26 July 1906. 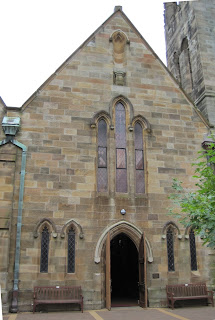 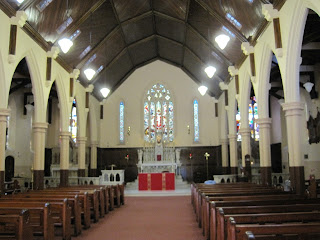 About a week after she died, the following article was published about Ellen on page 15 of The Catholic Press on Thursday 2 August 1906. In the article below she was described as " devoted member of the Sacred Heart Sodality and, a true Christian, a loving mother and a consoling friend in time of trouble" and "beloved by old and young". She sounds a lot like her great-grandchild, my Mother. 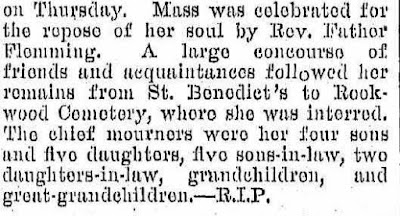 A couple of days later, a return thanks notice was placed by Ellen’s family on page 10 of The Sydney Morning Herald on Saturday 4 August 1906.

One year after her death, her family placed a memorial notice in The Sydney Morning Herald on 25 July 1907 by two of her daughters, Ellen BALL (nee FLEMING) and Catherine SHEEHAN (nee FLEMING). 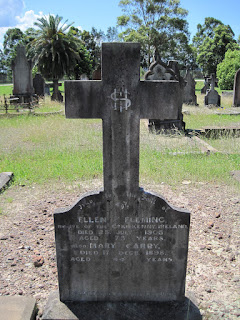