A proud moment: My ancestor came second in the "Ugly Man Competition"!

Imagine my surprise when I found a series of newspaper articles describing how one of my great-uncles, Carew Standish Aloysius NORTHCOTE, was entered into the Ugly Man Competition in Gulgong in 1937. The competition was organised to raise funds for the Gulgong Hospital. Although I never knew my great-uncle Carew, his family and friends thought he was a great fella, with a generous heart, a happy disposition and a good sense of humour. He would have needed it to be nominated for this competition. 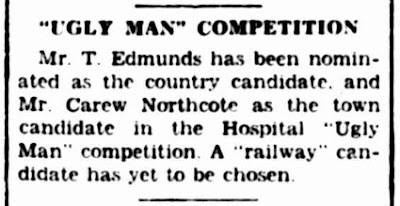 
When I chased up the subsequent articles about the winner of the competition, I found out that sadly, or happily, my ancestor didn't win the competition but he was the runner up. What a claim to fame! 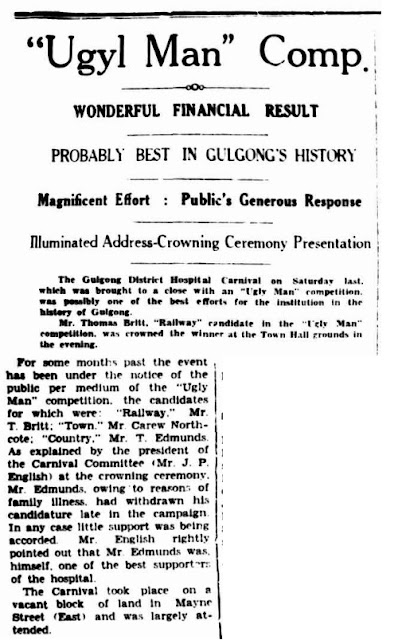 Excerpt from The Mudgee Guardian and North-Western Representative,
Thursday 6 May 1937  Page 18 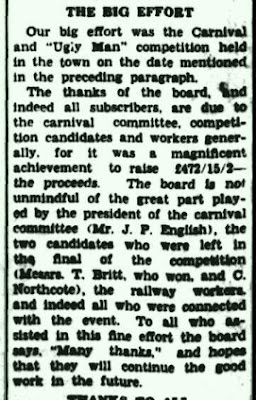 
The "winner" of the competition was Mr Thomas Britt who was publicly congratulated on page 19 of The Mudgee Guardian and North-Western Representative on Thursday 13 May 1937.


I'm not sure if he warranted the honour or not but I'm sure my great-uncle Carew NORTHCOTE took the nomination with his typical sense of humour. Here are a few pics I have of him from our family's photograph collection. 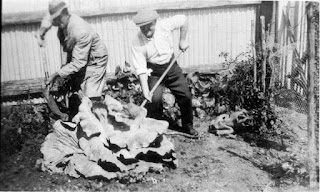 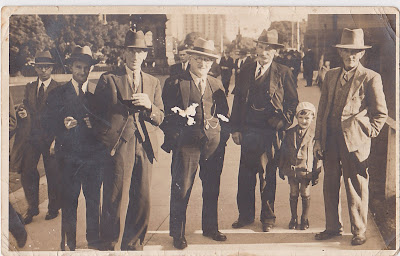 Above photograph was extracted from this photograph, with some of his brothers and his nephew, Carew Northcote (junior) in Sydney 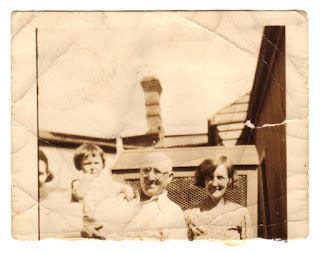 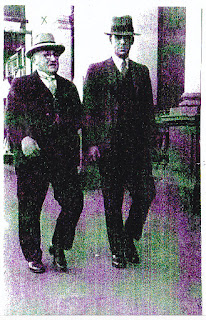 Carew and one of his brothers in Sydney, about 1937