On a trip to Bourke back in 2012, we visited a tiny town with a quirky name, Nevertire. My great-grandfather, William Walter NORTHCOTE (aka Walter William NORTHCOTE, as well as many other names) was listed in the 1883-1884 Electoral roll as living at the Railway Line in Nevertire.

The railway reached Nevertire in 1882 and my family's verbal history includes a story that my great-grandfather worked along the railway line as it was being built, all the way to Bourke. Many of his sons were born in towns along the railway line, including his seventh son, Leo NORTHCOTE, my paternal grandfather, who was born in Tudor St, Bourke in 1887. William Walter NORTHCOTE died in Tudor St, Bourke in 1888, a year after his last son was born.

A few photographs of Nevertire that I took in January 2012: 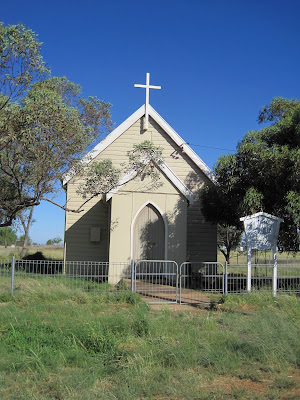 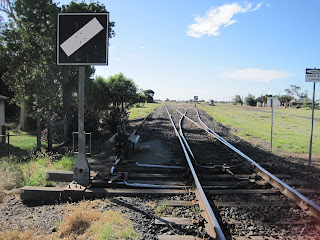 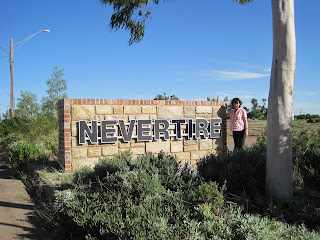 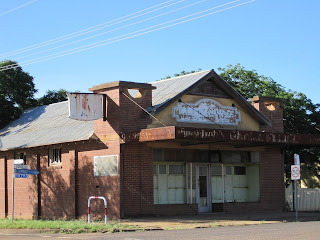 Today, Nevertire is described as a "rural village" which is "located at the junction of the Mitchell Highway and the Oxley Highway, in Warren Shire". It is located about 500km northwest of Sydney and has a population of 225 people.


For another blogpost I wrote about Nevertire, see:

Walking in their footsteps Part 4: Gillawarrina to Girilambone (18 January 2012)