Tongues in tins and bladders in balls

One of my grandmothers, my paternal grandmother, Ellen Mary/Maria Northcote (nee Keneally), had a job for a while during the 1920s at the Perdriau Rubber Company at Drummoyne (Birkenhead) in Sydney putting bladders in balls. She enjoyed the work but she especially enjoyed the company of the other workers.

My other grandmother, my maternal grandmother, Lily Anne Walters (nee Kingsbury) had a job for while during the 1920s or 1930s in a factory on Missenden Road at Camperdown in Sydney putting tongues in tins.

According to the article, The Harbour that Worked (2004), Perdriaus was one of the largest employers in Sydney in the 1920s:

"The factory at Birkenhead Point (now a shopping centre) was started in the late 1890’s by Henry Perdriau to mould India-rubber goods. He moved progressively into making rubber products for cars including shock absorbers, springs and radiator hoses and started the manufacture of rubber tyres around 1914. In 1928 the factory was one of Sydney's largest employers with a payroll of 2300. The following year the company merged with Dunlop to form the Dunlop Perdriau Rubber Company Limited and after another merger in 1941, it became Dunlop Rubber Australia Limited. "


Click on the link below to see a photo of what it was like inside the Perdriau Rubber Factory in Melbourne in the 1920s. I guess these conditions were similar to the working environment that my grandmother worked in at the Sydney factory.

[I haven't reproduced this image here as I don't think the copyright of the pic allows me to include a copy here.] 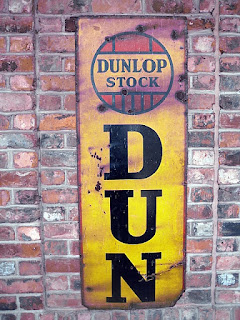 
My mother, Margaret Anne Northcote (nee Walters) also worked at the Dunlop Factory at Drummoyne (Birkenhead Point), years later in 1960-1961 in a typing position in the shipping department. She remembers that the word "tyre" was hardly ever mentioned. Instead, the terms covers, flaps and tubes were used to describe various parts of the tyre. At the time when she was working there, there were 1600 employees at Dunlop, according to Wikipedia (https://en.wikipedia.org/wiki/Birkenhead_Point).

What jobs did your grandmothers do?