Oh, Carole! Thanks for bringing this ghost to life

After 21 years of searching for information about my elusive great-grandfather, who used at least ten different first names, the researcher, Carole Riley, has finally shone extra light on some of the previously missing parts of his life. In a way she has brought his ghost to life by providing more evidence of his existence to add to my previous clues. Despite his use of many first names (George Bede, Henry, Walter Stafford and Harry), I have come to think of him as William Walter NORTHCOTE or Walter William NORTHCOTE.
Carole found his arrival in Australia on the unassisted immigration records that listed passengers arriving in Melbourne in 1864. Because all of the records and stories I had heard about him referred to his life in NSW, I hadn’t considered that he may have arrived in Melbourne. It took Carole’s unique view to consider research avenues that I hadn’t.

Carole also did some searching through rural NSW electoral rolls and found him listed on three of these rolls. These records match up with other records I have about the births of his seven sons throughout the midwest of NSW. He certainly covered some ground in his time: being born in Exeter in Devon, England, he died way out in western NSW in the town of Bourke. In his short life of 46 years or so, he lived and worked in Orange, Warren, Dubbo, Bingara, Bodangara, Wellington, Girilambone and Nevertire. He certainly seemed never to tire of travelling around!
As well as the information mentioned in this blog, Carole has also suggested a number of other leads and resources for me to follow up. Her experience and research skills certainly helped me break through a bit of this 21 year old brick wall. Oh, Carole! Thanks for bringing this ghost to life.
I’d happily recommend Carole’s services, here are her contact details:

Claims of aristocracy ... hidden by an early death

I'm sure that many families have stories about earlier links to aristocracy. While some of these are more than likely made up of storylines that have been stretched and enhanced by the years, I'm sure that some of these stories contain a small kernel of truth. Whether or not the following story is one of these or not, I still can't tell.
My great-grandfather, my father's father's father, was known by various names throughout his life of 45 years. He was born in 1843, supposedly in Exeter, Devon in the south west of England. Some of the first names he used between 1843 and 1888, when he died, included:
Despite his creativity when it came to his first name, Walter William, as I have come to refer to him in my research, always kept his surname consistent: Northcote.
According to my father and my grandfather, and other family stories, Walter William Northcote always claimed links to the Earls of Iddlesleigh in Devon. He promised that he would reveal a big secret about his family in England before he died. He even joked with friends and family during his life that his wife in Australia should be known as "Lady Northcote". Unfortunately for both his family at the time and for his descendants today, Walter William died in 1888 before he could reveal this so-called secret. He died in the far west NSW town of Bourke. He left a wife, Margaret Northcote (nee Riley) and nine sons, seven from Walter William and two from Margaret's previous marriage.
As you can imagine, many family stories have been considered as explanations for his arrival in Australia in about 1866. Many believe he was a remittance man, being sent to Australia to save his family's reputation from some deed he had committed in his homeland of England. Although much supposition exists about his life and his background, one thing is for sure, the way in which he named his seven sons certainly suggests links, or at least knowledge of, the Northcotes in the UK. Here are his sons' names:
We have a photograph that is thought to be him. He is dressed in a bandmaster's uniform and some members of the family believe the photograph was taken in Bourke or another western NSW town where his sons where born (either Dubbo, Bondangora, Warren or Girilambone). 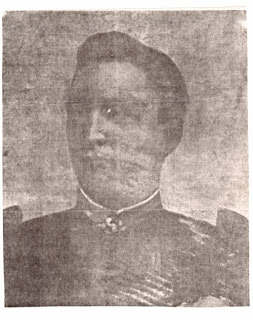 So, whether or not Walter William Northcote descended from the English aristocracy is still a mystery. One thing is for sure, he certainly was creative with his use of first names throughout his life. I really don't mind if our family is related to an aristocratic family or not but what I would dearly love to find out is which Northcote family Walter William descended from in England. This link to the UK has yet to be established, despite much research since 1990 conducted by me and many other family members. His death certificate records his father's name as William Northcote, a bookkeeper, but is mother was stated as "unknown". That is about the extent of our knowledge of Walter William's link to his family in England.
If any of these names or any part of this story sounds familiar to you, I'd love to hear from you. Please email me at maria.seddon@gmail.com.
Posted by Maria at 15:18 No comments: 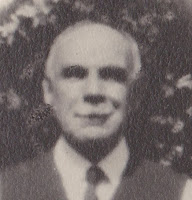 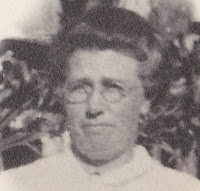 Are you like me ... wondering what your ancestors were really like? I love the experience of collecting dates, photos of old houses, names of people, names of places and old wrinkly papers and photos. All of these facts, figures and photos are fascinating. However, I can't help but wonder and imagine what the lives of my ancestors were like between and beyond the records they have left. Were they happy? Were they generous? Were they kind to their neighbours? What were their worries? What were their regrets and their joys? What did they like to do if they ever had spare time? What did their voices sound like? What did they laugh about?

From my experience of researching my wonderful family's history, I often get the most exciting information from unexpected places. Recently, my Mum and I were searching random phrases and old addresses on the internet. "Type in 13 York St, Forest Lodge," said Mum, remembering the address her first home as a child in Sydney. Her first few years of life were spent in this small terrace house in inner Sydney with her parents and her paternal grandparents, the Walters family. Apparently, her grandmother, Margaret Walters (nee Fleming) was known to spend most of her pension money on my Mum, her only grand-daughter at the time. This old lady would spend hours and hours looking after her small grand-daughter on the tiny front verandah of this terrace house. 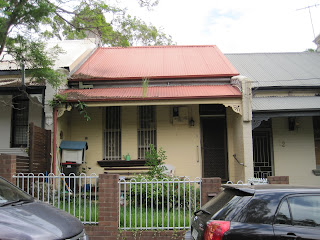 After typing in the old address where the Walters family lived from the late 1930s, we found a little snippet of information - it may not sound much to others but to us it was very touching. It was a notice on page 1 of the Sydney Morning Herald on Friday 30 December 1932. Obviously the family had been shopping at the David Jones store a few days before, probably in the city. They had found a purse in the store and took the trouble to put an advertisement in the paper in an attempt to reunite the purse with its owner.

Mum and I both smiled when we found this tiny treasure in the form of a newspaper clipping. "So, they were honest!" It's funny how a small discovery like this can extend your understanding of people who are long gone. Their deeds live on in many ways. Of course, we'll never know if the owners ever contacted the Walters family to claim their lost purse but what we do know is that the Walters family took the trouble to attempt to find the owners.

Margaret (nee Fleming) and John Walters lived at 13 Forest Lodge from about 1909 until the late 1930s. Margaret was known to walk to the tram station to meet her husband on his way home from work and they would walk back home, hand-in-hand, to 13 York St, Forest Lodge, like a couple of sweethearts. They were my mother's father's parents, my great-grandparents.
Posted by Maria at 22:37 2 comments: