What were my grandparents doing on New Year's Day in 1936?

On New Year's Eve in 1935, my maternal grandfather, John Joseph WALTERS, met his future wife, Lily Anne KINGSBURY, at a dance at Cronulla in the Cecil Ballroom.

The Cecil Ballroom is featured in the centre of the photograph below: 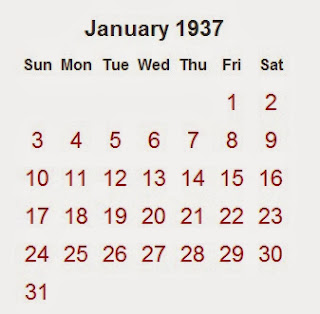 Jack and Lily were married in St John’s Catholic Church at Auburn, probably because Lily had been living in Auburn before she married. Jack was 31 years old at the time and Lily was 34. 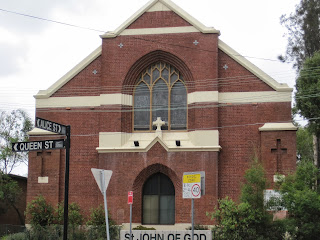 At the time of their marriage, John was a tailor, aged 31 years of age and Lily was working as a tailoress, aged 34 years. Both listed their birth places as Sydney. John was a bachelor and Lily was a spinster. Lily was listed as living at Forest Lodge and John was living in Sydney. John’s parents were listed as John Walters (deceased), a tailor, and Margaret Fleming. Lily’s parents were recorded as James Kingsbury, a caretaker, and Catherine Carrick (deceased). The priest officiated at the wedding was Father J. O’Reilly, Officiating Minister. The witnesses at the wedding were Alice Brodie (Lily’s sister’s, Mary Brodie’s, eldest child) and Thomas Walters (John Walters’ brother).

They made their first home together at York St, Forest Lodge in Sydney. 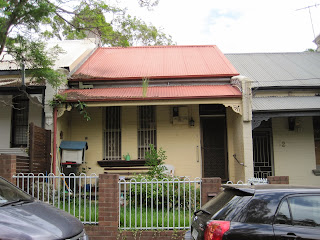 In the early 1940s they built their own home in Beverly Hills where they brought up their family of three children. 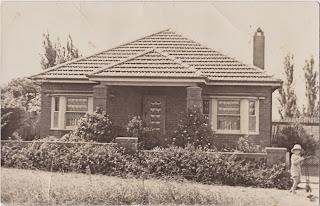 John ("Jack") WALTERS and Lily WALTERS (nee KINGSBURY) in the years after they were married. 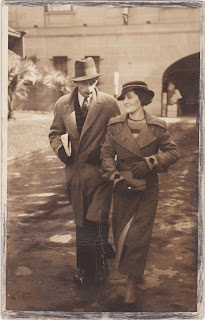 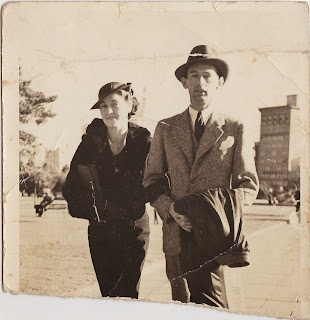 This blogpost was inspired by Jill Ball's post, Where was Grandfather on NYE?
Posted by Maria at 22:36 No comments: