Who on earth is William MONTGOMERY?

This blogpost is just a place to record a weird little thing I found out recently, along with a lot of questions and, as always, a list of possibilities to investigate in the future.

So, here's some background information about one of my great-grandfathers, who I tend to refer to as Walter William NORTHCOTE or "the mystery man". 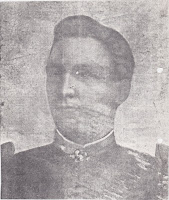 My mystery great-grandfather used many first names but he always used the same surname. His varied names were recorded on a variety of records that were left behind after he died in 1888. After his death, various forms of his first name were also recorded on the marriage and death certificates of his children.
Apart from making it very difficult to research this ancestor with at least six (William, Walter, Henry, George, Bede, John) different first names, creatively ordered on many documents, I have been asking a question for almost 30 years, why did he change his first name so often? Did he have something to hide? Was he just casual with the truth? Was he just adopting new names as he felt like it?

Together with his wife, my great-grandmother, Margaret RILEY, they gave their 7 sons some interesting names:

According to our verbal family history, this family of NORTHCOTEs worked along the train line, as it was opening up between Orange and Bourke during the 1870s and 1880s. 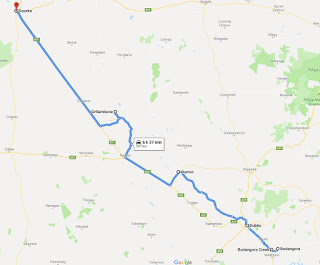 When I looked up the dates when the nearby train stations opened, the birth of their seven sons lined up with these dates:


A few weeks ago, I visited the NSW Archives at Kingswood in Sydney. I looked up a the Registers of applications for auctioneers', hawkers' and other licences. Because these records are not indexed, I browsed through the book, page-by-page. I was looking for a record of my great-grandfather who apparently worked as an auctioneer in 1883 in Dubbo, as recorded in the NSW Police Gazette. Although I didn't find my ancestor, I did find someone whose first and surnames were exactly the same as my great-grandfather's second son, William Montgomery NORTHCOTE. The man I found referred to in this index had the name of William MONTGOMERY and he was living and working in the same area near Wellington in NSW where my NORTHCOTE ancestors were living - that is, Mitchell's Creek, near Bodangora, not far from Wellington.

I found William MONTGOMERY in the 1872 and 1871 sections of the book below, Registers of applications for auctioneers', hawkers' and other licences (1865-1873). 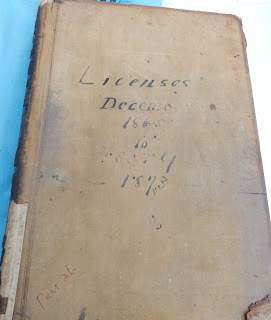 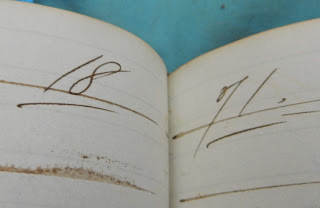 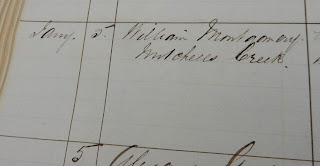 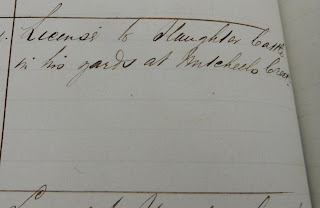 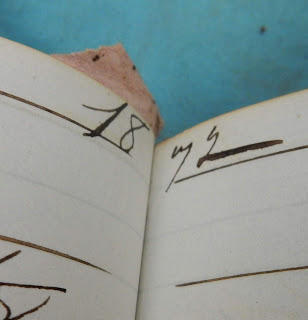 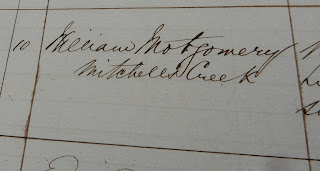 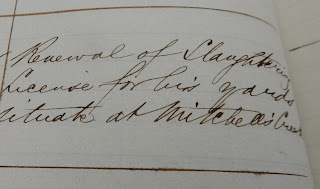 I thought this was a bit of a coincidence that this man, William MONTGOMERY, was living in the same small area of NSW that my ancestors were living.

Was the NORTHCOTE family friends with William MONTGOMERY and his family in Mitchells Creek at Bodangora? Did they name their second son after him? Or was he a relative?

When I told this story to one of my genie friends, Janelle, she suggested that I consult my DNA results to find out more. "Were there any MONTGOMERYs in your DNA matches?" she asked me.

The short answer is YES! While the MONTGOMERY name only pops up at the 5-th-8th cousin level, it certainly comes up when I search for this name more than the NORTHCOTE surname comes up. I'm still not sure what this means but it sure is interesting.