Death in a Pyrmont quarry

While searching TROVE for information about my Fleming ancestors who lived in Chippendale (inner city suburb of Sydney), I came across a sad story of a quarry employee who was crushed to death by rock in a quarry he was working in at Pyrmont. Patrick Fleming, my ancestor was a proprietor of the quarry at the time.

My 2nd great-grandfather (my mother's father's mother's father), Patrick Fleming, was born about 1830. He married Ellen (aka Eleanor) TORPY on 3 February 1853 in the Roman Catholic Church in the Parish/District of Windgap, County Kilkenny, Ireland.

Patrick and Ellen arrived in Sydney soon after 1853 (not sure what date). After their arrival in Australia, they lived in the Chippendale area of Sydney at the following addresses: 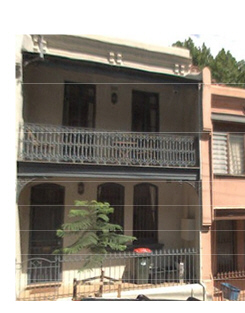 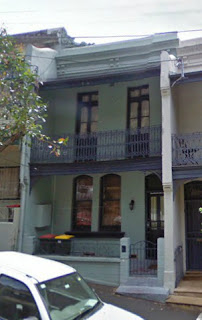 On quite a few birth, death and marriage certificates, Patrick's occupation is recorded as a quarryman or a stonemason.

I suppose Quarryman Hotel at Pyrmont is named after the workers at the quarry. 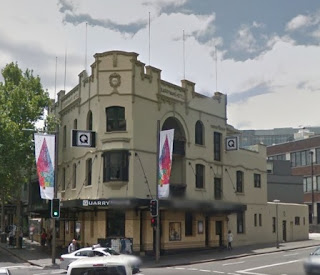 The articles below were found on TROVE about a death in the quarry that Patrick leased in 1869, along with Richard Dunn.

Going by the following short report on page 3 of The Newcastle Chronicle on Saturday 25 Sep 1869, the accident appears to have happened on Tuesday 21 September 1869

The following article reports the accident and the subsequent inquest in The Sydney Morning Herald, Wednesday 22 September 1869 on page 5. In summary, the article reported: 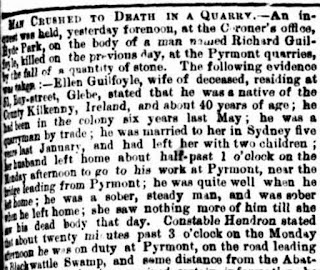 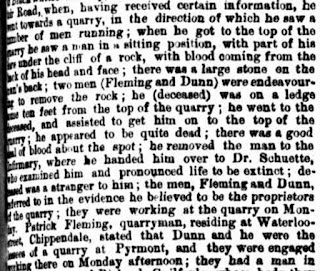 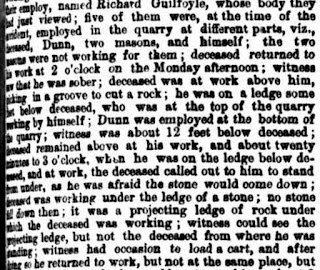 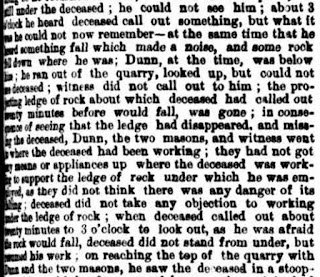 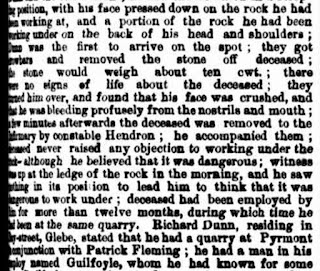 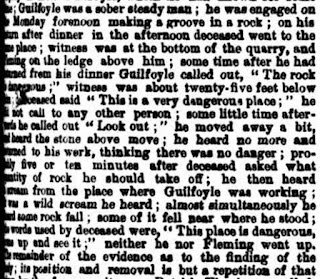 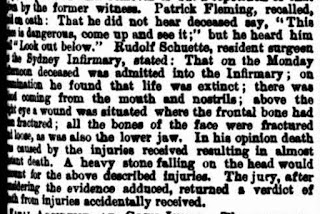 The results of the inquest was also reported on page 2 of the Empire on Wednesday 22 September 1869. 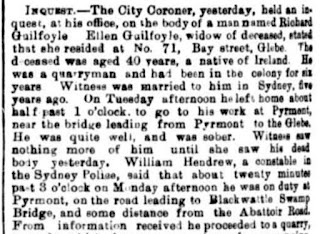 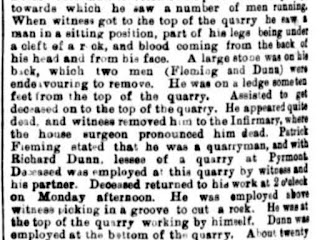 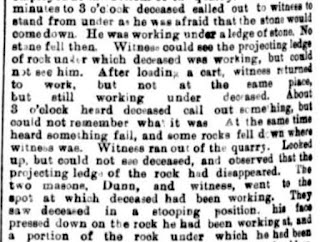 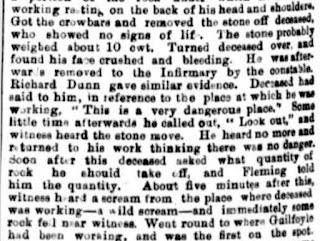 A few days later, on Saturday 25 September 1869, the results of the inquest were also reported on page 2 of The Sydney Mail. 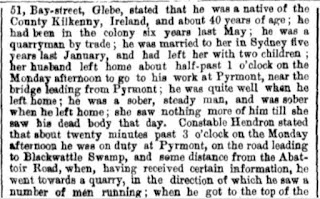 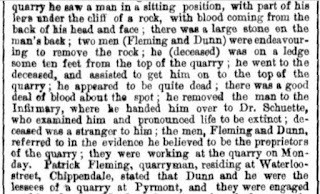 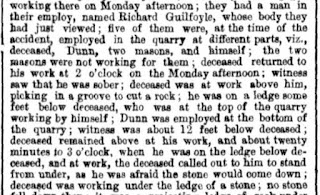 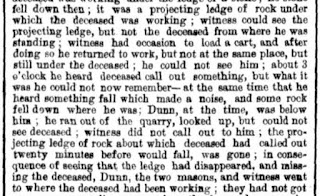 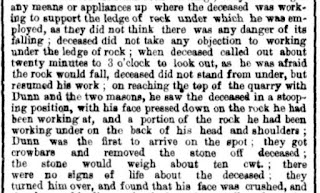 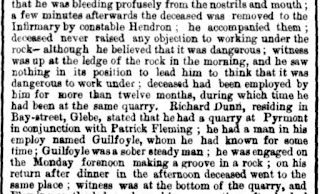 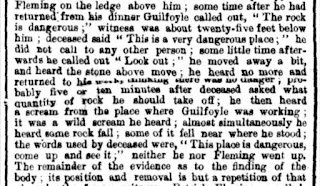 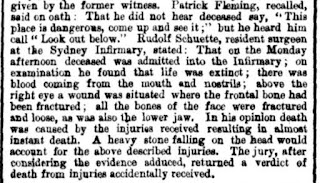 On page 3 of The Sydney Morning Herald on  Monday 27 September 1869, a short excerpt recorded Richard Guilfoyle's death at the quarry and noted the location of the quarry, near the Black Wattle Swamp Bridge.

Next, I need to find out more about the Pyrmont quarries. I think Shirley Fitzgerald's work will point me in the right direction. Here is a video of hers (from her site: http://www.shirleyfitzgerald.com.au/some-online-talks-videos-of-mine) about Sydney sandstone.