Here are a few stories about them ...

One of my great-great grandfathers, Thomas Reily, was charged with assaulting a British soldier in southern Ireland in 1834 and was transported to Australian for his sins.


Read more about him here: Read all about it! An exciting but violent Irish discovery

Another one of my great-great grandfathers, Patrick Fleming, worked in one of the Prymont quarries in the 1860s and 1870s. From my research so far, I think he worked in the quarry known as Purgatory, rather than the other two Pyrmont quarries that were known as Paradise and Hell Hole.


Read more about him here: Death in a Pyrmont quarry

Yet another one of my great-great grandfathers, George Kingsbury, was a gamekeeper in Flintshire in Wales. 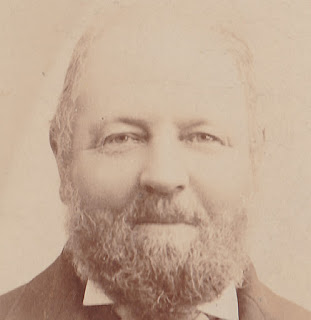 My Scottish great-great grandfather, Joseph Walters, was from Glasgow. He was a mariner who arrived in Dublin during the 1860s.