Digging into the records and finding gold diggings

In the convict chapter of my family history, I've been trying to track down where my great-great grandfather, Thomas Riley, and his wife, Harriet Lycett, lived after they were married at St Michel's Catholic Church in Bathurst on 27 November 1841.

By examining records like birth, death and marriage certificates, church baptism records, newspaper articles and convict records, I've managed to work out that they lived in Kelso, Bathurst and Orange. Thomas worked as a publican and a shoemaker over the years, so the family tended to live within the more populated towns of western NSW rather than living on far-reaching properties.

However, it wasn't until I recently purchased their son's (Edward Riley's) death certificate from 1864 that I realised the Rileys lived for a time at the Wentworth Diggings, Frederick’s Valley where their son, Edward was born (Source: Son, Edward’s death certificate). Here is the excerpt from Edward's death certificate. Until now, this fact of their location in early 1864 had been hidden, especially since Edward's birth certificate has not yet been found.

Although most of the activity around the Wentworth Diggings in Frederick's Valley, near Lucknown, near Orange NSW occurrred in the 1850s, the following article on page 5 of the Sydney Morning Herald on 18 April 1863 suggests that there was still gold being found there in April 1863, just a few months before Edward was born. 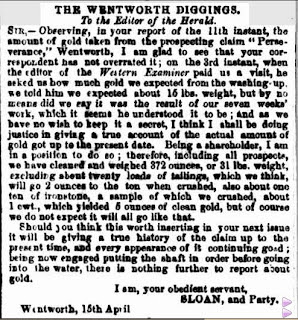 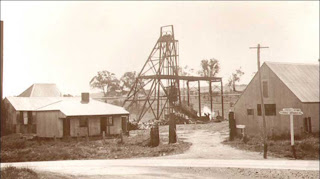