Love in the graveyard

I'm lucky to be able to stand exactly where my paternal grandparents met - Ellen Maria Keneally (1893-1985) and Leo Bertie Bede Northcote (1887-1970). My father's parents met at the Field of Mars cemetery (just near the baby graves) at North Ryde in Sydney. 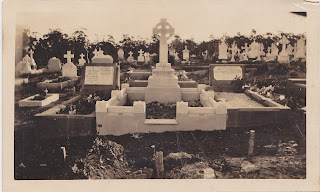 Both Nell and Leo had both been very close to their respective father and mother. Similarly, both were incredibly distraught about their parents' deaths and frequently visited their graves. The graves of their parents were practically opposite one another with just a few steps in between. 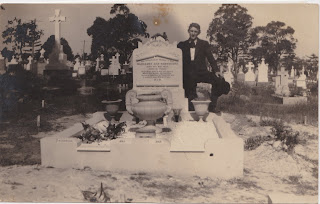 Leo Northcote at his mother's grave in 1927

Memorial placed in the Sydney Morning Herald by Leo, about his mother's death, two years later, in 1929

One rainy day, in the late 1920s, when Nell and Leo were again visiting their father and mother's graves, Leo offered Nell the use of his umbrella. A strict courtship followed. Ellen's mother, Margaret Anne Butler, would sit up very straight in her chair at her home at Renwick St, Drummoyne, when Leo would pay Nell visits after their cemetery meeting. 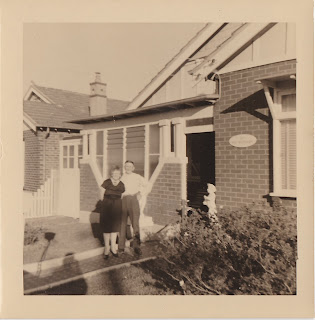 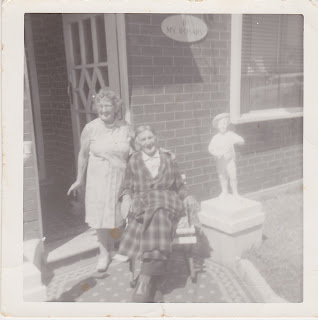 Leo and Nell Northcote at their home in Five Dock

They made their home at 11A Murralong Ave, Five Dock. Their first son, Carew Joseph Trevor, was born on 1 May 1932 in one of the front bedrooms of this home. Three years later their second and last child, Gregory William "Barry" was born on 12 October 1935.