Lost at sea and lost in the records

John and Mary Butler (nee Fitzpatrick) were married in 1851 in Rathdowney, County Clare, Ireland. They had eight children: Michael born in 1851, Margaret Anne born about 1855, Thomas Butler born in 1861, Maria born in 1862, Mary born in 1863, John born in 1864, Patrick James born in 1864 and Ellen Josephine born in 1868.
Although we don't know a lot about the Butler family's life in Ireland, we do know that something caused six of John and Mary Butler's eight children to immigrate to Australia in the 1870s and 1880s. Michael was the first of the family to move to Australia in 1878. He arrived in Sydney on the Earl Dalhousie in 1878 and married Catherine Crawford, another passenger on the same ship, one year later in Sydney in 1879. Michael then sponsored his sister, Margaret Anne, to immigrate two years later. Margaret arrived in Sydney on the Norval in 1880.
Michael's passenger records show that Michael could not read or write when he arrived in Sydney but Margaret's records show that she was literate. Somehow, Michael and Margaret must have communicated with their family remaining in County Clare. As a result, more of Michael and Margaret's brothers and sisters decided to migrate to Australia.
Maria arrived a couple of years after Margaret on the Forfarshire in 1882, and Patrick and Thomas arrived together, soon after, on the Selkirkshire in 1884. Ellen Josephine was thought to have arrived in Townsville on the Merkara in 1885.
Although we don't yet have any official records, many people in the family were told that Mary Butler (nee Fitzpatrick), the mother of the eight Butler children, also travelled to Australia around about the time that one of her younger daughters left Ireland. However, when she arrived here, she didn't like Australia and decided to sail to the US to live with other Butler relatives who had recently imigrated from Ireland. It is believed that the ship she was travelling on never reached the US and that she was lost at sea. This story has been passed down through a number of the family branches but we are still searching for records of her arrival in and her departure from Australia. 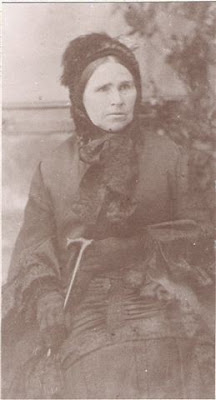